Remote Controlled: Lee Daniels on ‘Star,’ ‘Empire’ and the Mistakes He Regrets 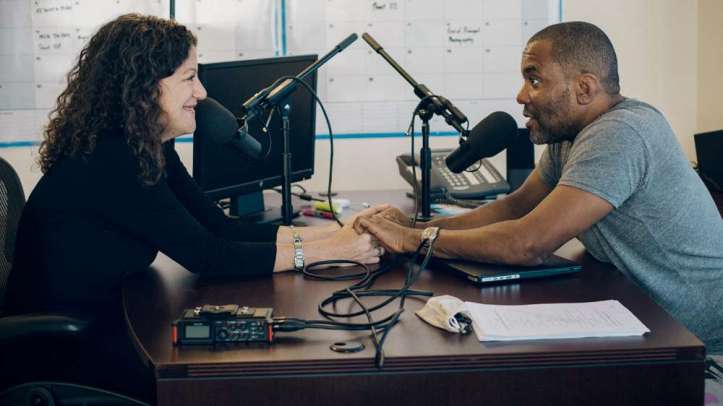 Welcome to Remote Controlled, Variety’s podcast series featuring the best and brightest in television, both in front of and behind the camera.

This week’s conversation features Variety executive editor of TV Debra Birnbaum in conversation with megaproducer Lee Daniels, about the launch of his new drama “Star,” which debuted this week on Fox.

Daniels opens up about what inspired him to create the series, which follows a girl group struggling to succeed in the cutthroat music industry. “It really is about me when I landed into Hollywood, homeless and living out of churches, living from my car, and the things that I would do and did to become what I am today,” he reveals. “Also reflecting on whether or not it was all worth it and whether or not, what ultimately does success, fame, and money mean?”

He’s dubbed the show “the anti-Empire,” he explains, because while “Empire” is glitzy and gaudy, the new series is far less ostentatious. “If ‘Dynasty’ was my go-to when Danny [Strong] and I were making ‘Empire,’” he explains, “‘Good Times,’… ‘Maude,’ and ‘Archie Bunker’ were sort of my go-to when I was making this.”

Daniels says he’s learned from his experiences in Hollywood, all of which he’s put in the show. “I can’t heal as a person unless I’m telling my stories for you to see,” he says. “I can’t heal and learn from my mistakes and feel better about myself if I’m not baring my soul to you, warts and all, that I’m embarrassed about, so I can look myself in the mirror and go, ‘Look what you did. Are you happy with what you did?’”

Those mistakes include a moment in the second season of “Empire,” he reveals, when he had a conversation that he now regrets. “I was very sad because [I felt] that the show had lost the spirit that I intended it to have and I went off,” he says. “I regret that because it was selfish and it wasn’t looking at everybody’s hard work that they had done…We were all working hard and it just wasn’t going right because there were too many cooks in the kitchen.” He atoned, he says, with flowers, wine, and “begging for forgiveness.”

Adds Daniels: “I’m no angry black man, I promise: I just look like one sometimes.”

New episodes of “Remote Controlled” are available every Friday.