WILL SMITH REVEALS HE WAS DEAD BROKE DURING ‘FRESH PRINCE’ ERA

*Will Smith is the highest paid actor in the game but did you know he was dead broke during his “Fresh Prince” days?

Smith’s breakthrough came when he played a fictionalized version of himself in the 1990s television sitcom “The Fresh Prince of Bel-Air.”

Prior to joining the series, he found success as part of the 80’s rap duo, DJ Jazzy Jeff & the Fresh Prince. They had the first rap song to ever win a Grammy and at just 20-years-old, Smith and Jazzy Jeff’s music career was dominating the Billboard charts.

Meanwhile, “Fresh Prince of Bel-Air” was one of the highest rated sitcoms of its era but, as noted by ILOSM: “Will had big man responsibilities that he wasn’t trained for at that time. That’s when everything went downhill, even though from the outside, he appeared to be living the life.”

Via CelebrityNetWorth: Between 1988 and 1990, Will Smith earned approximately $10 million from his musical career. Assuming the good times would last forever, Will proceeded to spend his money like it was going out of style. He purchased houses, cars, clothes, jewelry and and much more. He didn’t just spoil himself, he also spoiled his friends and family. Unfortunately, right around the time he won the Grammy, radio audiences were beginning to grow tired of Will and Jazzy Jeff. Their “radio-friendly” songs were suddenly being sneered at as “rap sell-outs”. Hip hop audiences wanted a harder sound and radio wanted something softer and more R&B-influenced. The duo was stuck between a rock and a hard place. As if this wasn’t bad enough, as Will was skyrocketing in fame and wealth, he was not paying taxes. During Will’s two year rise to the top of the charts, he neglected to pay $2.8 million worth of Federal income taxes.

But Will’s world was collapsing by 1990. The IRS was after him for the millions he owed and his music career was pretty much dead.

Then came a surprise call from “Fresh Prince of Bel-Air” executive producer/music producer, Quincy Jones, who offered Will the lead character on the show. Surprisingly, Smith turned down the offer, fearing it would hurt his rap career even more by making them look soft. The only reason he reportedly accepted the role was because he was broke and fresh outta options.

In a “60 Minutes” interview, Smith revealed: “For the first three years of The Fresh Prince of Bel-Air, the IRS was taking 70 percent of every check and after the third year I got back to zero. It’s terrible to have that kind of success and have to quietly be broke.”

Today, Will Smith is now a mega-superstar actor, reportedly worth about $250 million.

He also recently reminded folks of his Big Willy Style when he dropped some St. Patty’s Day bars. 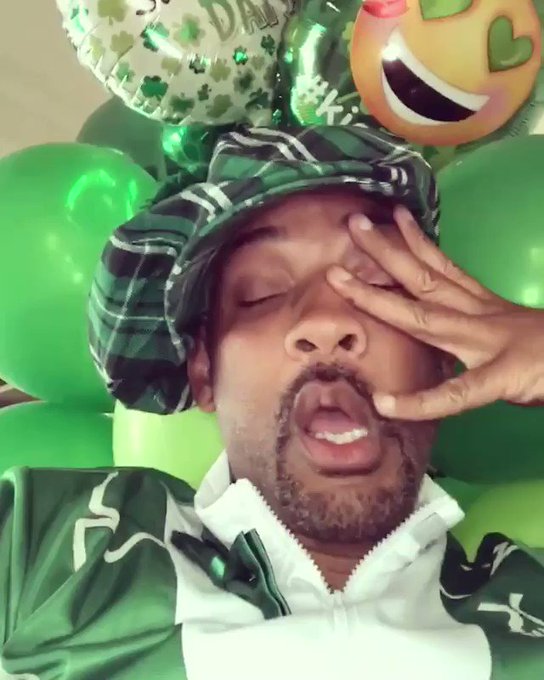 a will smith psa for everyone celebrating st. pattys day, complete with some bars