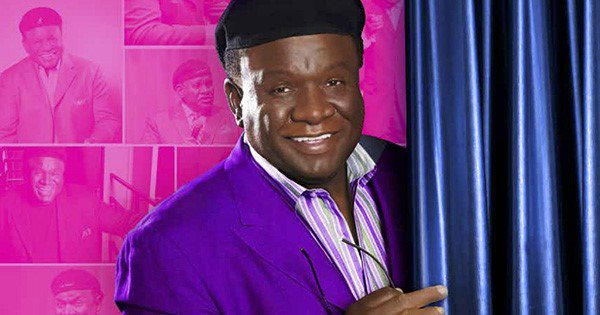 Las Vegas, NV — The “New Mr. Vegas” is back. Renowned comedian and longtime star of stage and screen, George Wallace, is returning to Las Vegas with a new residency show at the intimate Westgate Cabaret at Westgate Las Vegas Resort & Casino. George Wallace will serve up a plate of laughs, with extra hot sauce. His show began this past Tuesday, June 26, 2018.

“I’m very happy to return to Las Vegas on a regular basis,” said George Wallace. “Time away from the city the last few years has provided me with plenty of new material and experiences to add into the show. I’m looking forward to performing in an intimate venue and thrilled to be part of the Westgate family.”

George Wallace, who has been selling out comedy clubs and concert venues all over the world, derives his comedy from the everyday and simply shares moments of life. He finds humor everywhere he turnsfrom media to relationships to dialogue clichés. At all costs, he avoids standard opening lines and is known to be an ace at reading an audience. Among other comics, Wallace is known as “the guy who can roll the room over if it’s dead.”

Wallace began his career in comedy as a writer for “The Redd Foxx Show” and made a huge splash on the stand up scene as one of 150 competitors on the cable television special “The Big Laugh Off.” Wallace captured first prize, which included club gigs all over the country. Recently, Wallace appeared in the hit show “Comedians in Cars Getting Coffee” with Jerry Seinfeld and starred alongside Morgan Freeman in the film “Just Getting Started.” He will be appearing in the upcoming movie “The Last Laugh,” alongside Richard Dreyfus and Chevy Chase.

George Wallace will perform Tuesday through Thursday at 8 p.m. inside the intimate Westgate Cabaret at Westgate Las Vegas Resort & Casino, beginning Tuesday, June 26, 2018. Tickets are $65, $75 and $95 plus tax and fees and can be purchased at the Westgate Las Vegas Resort & Casino Box Office at (800) 222-5361 or online at www.westgatelasvegas.com. Must be five years or older to attend.

The home of legendary performer Barry Manilow, the property features entertainment options in the International Theater and the Westgate Cabaret and has recently undergone a more than $150 million renovation, that has encompassed every square inch of the property, including the addition of 300 timeshare villas, the all-new International Bar, a fully renovated pool deck, 1,200 remodeled Signature Rooms and the luxurious Serenity Spa, which was recently awarded the 2017 Forbes Travel Guide Four-Star Award. For more information or to book accommodations, call toll free at (800) 732-7117 or log on to WestgateLasVegas.com.