*The heat gleamed on the grey carpet in sunny Los Angeles, California as the stars were dolled up to celebrate black excellence on the carpet for the 2018 BET Awards at the Microsoft Theater at LA Live.

This year’s celebrations and highlights were the honoring of none-other than the legendary Anita Baker. She captivated audience with her smooth sound in the late 80s and early 90s and no one in a black household woke up on a Saturday morning without hearing her voice throughout our homes. As if that wasn’t enough reason to make sure you watch all of the excitement, Jamie Foxx was the host for the star-studded night.

We asked celebs what were their top black excellence moments of 2018. Tika Sumpter from the OWN hit series, “The Haves and Have Not’s” says:

“We had so many moments but one that was truly memorable was Ava Duvernay a Wrinkle in Time, Ava did 100 million this year on a winkle in time, that makes her the only black female director to have done that, and what I love about Ava is that she said she doesn’t want to be the only one, that’s a huge black excellence moment, huge black women moment.”

There are so many pressing issues happening at the moment in our community, so we made sure to catch up with some of the known names in the industry that has created a name for them by speaking out against social inequalities.

We were able to get a great response from T.I. about “Junior,” the recently slain teen from the Bronx. We asked what does he think we can do as a community to prevent tragedies like this from happening and he said

“We first have to value our own lives, I think it starts with a dream, I think most of the guys who go through these things that have to project this amount of unnecessary violence they don’t have a dream, they really don’t have anything to live for. 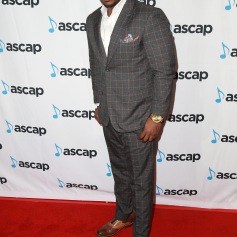