CHICAGO, May 20, 2021 /PRNewswire/ — Today, Central City Productions revealed the nominees in 28 categories for the 36th Annual Stellar Gospel Music Awards, which will be taped on Saturday, July 10, at the Schermerhorn Symphony Center in Nashville, TN. The Stellar Awards recognizes the year’s best performances in the genre, honors Gospel music icons, and acknowledges the accomplishments of individuals instrumental in advocating for the industry. 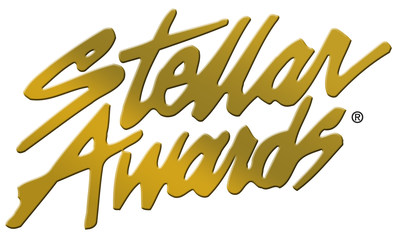 “We’re extremely pleased and proud to present our 36th annual Stellar Awards, appropriately themed ‘Lighting the Way with Our Faith, Music and Family,” remarked Don Jackson, Founder of the Stellar Awards and Chairman of Central City Productions, Inc. “Over the past year, Gospel music has taken on an even more pronounced role in the lives of people around the world – dealing with a double, global pandemic of COVID-19 and social injustice – who have relied on Gospel music as a source of comfort, strength, and encouragement until we can get to better days ahead.”

Each year, the preeminent industry event recognizes the year’s best album releases and pays special tribute to those Gospel trailblazers who continually set the bar higher. This year’s recipient of the James Cleveland Lifetime Achievement is The Clark Sisters who saw a resurgent appreciation of their musical longevity after the release of their biopic. Lady Tramaine Hawkins will be honored with the Aretha Franklin Icon Award as a testament to her 50+ years in the industry. Pastor Shirley Caesar will receive the Ambassador Dr. Bobby Jones Legends Award for her 70+ years of longevity in the industry. Bishop Dr. Leonard Scott is tapped to receive the Thomas A. Dorsey Most Notable Achievement Award as the Founder of Tyscot Music + Entertainment, the oldest operating Black-owned Gospel Record Label. Black Smoke Music Founder Kerry Douglas, label executive and A&R guru Skip Barrett, and Gospel Today Magazine Founder Teresa Hairston will be inducted into the Stellar Honors Hall of Fame.

The Stellar Awards live show taping is returning to Nashville, debuting at the glamorous Schermerhorn Symphony Center in the heart of the city’s booming downtown area on Saturday, July 10, 2021. Although great strides are being made to combat the COVID-19 pandemic, the country is not yet back to normal. Given this, tickets will not be sold to the public; but nominees, show talent and special invited guests will make up the audience for the taping of the 36th Annual Stellar Awards. Viewers around the country will be able to watch the show in national broadcast syndication starting July 30th through September 5th.